On the Issue of Cancer 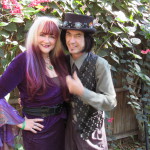 Here I sit, doing busy things, some paying off, and some I wish I hadn’t started, healing from cancer. I am isolated from some of the people I love and admire most in my life. Yes I am dealing with f**king cancer again. The first time it wasn’t me personally, but my son, Andrew, and it took his life at 16 back in October 2007. Then I realize that it is OK to be angry and to let it get you down periodically, because honesty with self is all part of that great healing process that everybody talks about, and that I actually teach.

Thank goodness I allow my clients to vent in the traumatic areas of their lives, and I have never taken that from them. My only wish for myself is that I am handling things as gallantly as Andrew did. He was a trooper, and a lot smarter than me. I would say as smart as his Pretty Mama, but a lot smarter than me. As I sit, I begin to re-realize quite a few things about the healing process, and one of those is that if you can’t beat it in your head, you’ll never beat it in your body. You can argue with me, and unless you have gone through dealing with this sh*t it in the two ways that I have, then your opinion doesn’t matter to me, and it doesn’t take a rocket scientist to know which path I will send you down. 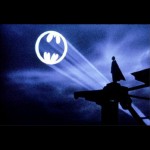 For some reason these last couple of weeks, 6 to be exact, have been rough. Continually I have been feeling down and dejected which I found very hard to explain. I believe it has something to do with the fact that treatment is almost over, and I am now in a waiting game until I get the final scan. Between the medication, and this feeling of “Down” that I am working at shaking, it’s no bloody wonder I want to sleep all day, but in my defence, I am able to stay up all night. My body aches, I don’t want to do anything, I have no appetite, and some other symptoms. Is this depression? I don’t like it! A big part of me is determined to beat this, and get through it, and the best way I know to get the ball rolling, is to journal. You know, write this shit down. Cancer, and just the very thought of it, drains me. It drains me so much that I see myself getting caught up in the fact that it’s draining me, and that brings me down.

My biggest concern isn’t the Melancholy though, what concerns me is more tangible than that. It’s the fact that I have to make sure I am eating. I am a thin person, and can look absolutely decrepit when I drop weight. Weight, and keeping it on, has been an issue my whole life, and the cancer just made sure that the issue was front and center this time. Maybe I should just eat more, but therein lies the rub. The cancer I have is in my month and trying to swallow anything let alone enough food has presented itself with some interesting challenges. I have been unable to eat solid foods for quite a while now. After a drastic initial weight boss, binging some of it back, and now struggling to maintain, will grind you down. Another energy stealer right there.

I do not mean for this to sound negative in any way, it’s just to let you know were I go, and where I’ve been. So now I guess it’s back to basics, to meditate again, and self-hypnotize my way back to health. I could allow myself struck with the what if’s, the main one being what if the swelling left by the cancer, radiation, and Chemo would go down just enough. Just enough, to allow we to eat something other then Cream of chicken soup, and custard.

I would be golden. But that’s not going to happen if I am not right in my head. That’s where am today, struggling with the line, “Well is that where you want to be?” now I know how my clients feel when I say that, but it is the right thing to say, because it leads me very quickly to the right answer: No! or Hell No!

Next question up to the plate is: “Well what do you plan to do about it?” And my answer to that question is pretty simple.” stop talking it over with people whose lives are less than stellar themselves with a lot less going on in their lives. They mean well, but, as Yoda would say, ” A clue, they have none.” Some of them look like they even take pleasure in the fact that I am where I am with this. It occurred to me that I really am not talking to anyone of a higher vibration just those people that like to sit in their own sh*t. My fault, I know, I just need to start reaching out for that to change. Well the writing all this has brought me into a better space with it all, and before I go, I want to leave you with one more thing: cancer sucks!

2 Responses to On the Issue of Cancer