It was a few days after Andrew’s birthday in May when I had been wondering what direction I should put my energy and goals. I was beginning to wonder if I would ever work with Andrew/PureHeart and Martin again. I mean we haven’t done an event since October 2014.

Martin is going to be gone until at least October of this year, possibly longer with his cancer treatment in N Ireland. As time goes on, this bigger picture I thought I was seeing after Andrew left keeps getting smaller and smaller with every Muggle job I have to take to just get by, which getting by isn’t really happening either. I feel like I am on a sinking ship and only have a teaspoon to bail out the water. WTF? Seriously! Who the hell was I in a past life!?

Hmmm just as I was typing this, Coldplay’s song Viva La Vida came on the T.V. which reminds of Andrew because he always talked about ruling the world. As I was thinking that I hear in my head, “We’re gonna rule the world Mommy!” Ok Muck, (our nickname for Andrew) any day would be good now. I’m ready to rule!

Sometimes it’s hard to stay focused on the bigger picture when cancer is constantly in your face, or in Martin’s case, his neck. I nearly lost my daughter in December 2006 to a cancer scare, actually lost my son in 2007 to leukemia, and now wonder if I will lose my husband in 2015. “Is this really the way this story ends?” I wondered as I go into Walgreens to pick up a few things. This is NOT what I pictured my life would be like when I was 13yo and KNEW that Martin and I were suppose to be together.

Andrew must have been listening to me because as I go into the store, “My Sweet Lady” by John Denver comes on! That’s the first song Martin ever sang to me in 1988 when I first went to N Ireland to see Martin after 12 years of being apart, which is why Andrew learned to play it. Martin sang it to me right before I was going back to the States and we didn’t know when we were going to see each other again.

My Muck playing My Sweet Lady and Black Bird after a 4 1/2 day forced coma, not even a week after his leuekmia diagnosis and still hooked up to dialysis and a bunch of other machines. Thank you Elatia for capturing this tender moment!

The tears start to well up as I listen to it. Once again, I’m glad I had my sunglasses on while in a store. It’s funny how Andrew can make some verses louder than others for me. The verse Andrew made louder for me, to accentuate the message he wanted me to hear was, “I swear to you our time together has just begun.”

This song has so much more meaning to me now than it ever did in 1988 when Martin first sang it to me. Now this song is from my husband AND my son. The words are so much more poignant on so many levels. It is like Andrew and Martin are both singing this song to me now. It was exactly the message I needed to hear! That our time together was not over, but in fact was just beginning…again. 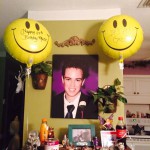 When Martin and I dance to this song at our wedding vow renewal on October 3rd, Martin’s 55th birthday, when I go over to N Ireland to see him after nearly 10 months apart, I KNOW Andrew, like in the PICU the night he passed, will be holding us both in his arms, dancing with us.

The night Andrew passed, he told Martin to play a song on his phone because he wanted to see Martin and I dance.  So we danced to the song of Andrew’s choice. And while I saw my son’s body on the hospital bed, I knew he was standing right there with his arms around us while we danced, I could feel him. Go ahead, wipe the tears! I am! I was listening to “My Sweet Lady” again as I was typing this, so you know I had tears flowing yet again as I let the words really wash over me. I could feel my son speaking to me through this song.

Well, Andrew likes to follow up a heart and tear filled moment with laughter. We taught him well. AND because I am such a demanding bitch, I asked for another sign that the song was from him to prove it wasn’t a coincidence. As usual Andrew delivered. The very next song playig at Walgreens was Billy Joel’s, “She’s Always A Woman To Me,” which Martin wrote a parody to, for my comedy show. He called it, “She’s Always A Diva To Me.” So I am walking through Walgreens wiping my tears and laughing.

And now that I am getting back to my comedy by recently doing an open mic to get my stage legs back, I guess he was letting me know the comedy would be coming back into my life at some point. I had put my comedy on the back burner for a number of years because it seemed we needed to go another direction.

The GOOD GRIEF! comedy show Andrew made me write back in 2013, about the journey of losing him, is making it’s début on his 8th “Angelversary,” the 8th Annual International It’s All Good Day! in Belfast N Ireland. Apparently nothing is off limits for my son at what we can laugh at.

So if you know anyone in the area who would like to help us promote it, let us know!

And in true Andrew fashion, he let’s me know…

Conversation about the Nature of God Part I

Conversation on the Nature of God

Living is what we are here for, and Peace is our natural state. Speak your truth whenever you can, be compassionate, and remember to love. Be true to yourself and your calling. To get the most out of life, the Universe wants you just to show up.- PureHeart

Friend 1: A born again Christian, and a seeker
Friend 2: A scientifically minded realist, and a Spiritualist
Friend 3: A Catholic – mostly non-practising, but a very strong woman
True Seeker: A student, and contributor to our PureHeart work.
Me: A Spiritualist teacher, and Seeker

This is the conversation I experienced with some friends of mine on Facebook regarding one of the statements allegedly made by the current pontiff, Pope Francis. I was posting my thoughts as to its validity. My friend is a practising modern born again Christian, and it led us into a deeper discussion. It showed the fear and Love emotion angle very strong, and showed that 2 people can have a difference of opinion without falling out over it. I believe our conversation was divinely guided, and there was information in there for both of us. I know, for me, I learned quite a few things about myself, one of them being if I am going to write, then write. Write more.

The fear for me is that what I write brings out anger in people instead of actual conversation. I am definitely not saying that I know everything, and what I do know is definitely not necessarily Universal truth. I am saying that this is what I know to be true for me. Whether it is a Universal truth or not, isn’t for me to determine, but for others to take and use as they please. If it helps them, great, and if it doesn’t, that’s great too. I just need to continue to write because I learn so much from the people I interact with. I appreciate that because the one thing I am sure of when dealing with what I know, is that I don’t know everything. I will make it a goal to know more. I hope you enjoy the conversation, and don’t forget to leave your comments below.

ME: How much of this stuff, what the pope is credited to saying, is actually true has yet to be determined. It is what he or the church of Rome will tolerate, and allow to be said as his. It is what it causes in the short run that will end up being important, not whether it is true or not. We may even end up with a virtual pope. 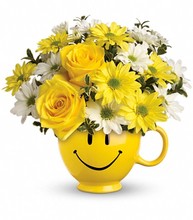 Well it is an interesting argument as to whether or not he actually said these things, and it goes to our nature as to what our perception as to the nature of God is. Is he a loving God, is he a judgemental God, or is he a convenient God. I believe most people use him as a convenient God. Although I believe these things need to be discussed and looked at, we should fact-check and determine whether the pope actually said it or not. It also isn’t whether God is changing or not, it is whether we as a species, are changing or not, and is our perception of him changing,Are we gaining more of an understanding of the nature of God.

<FRIEND 3:> No hell!! Think the Syrians and hungry cud disagree! X – This was a side reaction to the actual comment.

FRIEND 1: (In reference to what I said last.) I get that. But I don’t see how I could serve a changing God. I don’t want to be chasing a moving target. I hope that doesn’t land me in the camp of those using God as a convenient God, but Scripture says that God is the same yesterday, today, and tomorrow. There are verses that call Him the Unchanging One. I just can’t reconcile one man’s quote (even if that man IS the Pope) with the Word of God. The Bible will win that each time. Especially because I’m not catholic.

ME: I believe that Christians as a whole are faced with a choice, the same choice they have always been faced with – Old Testament, or New testament. The old testament being a Jewish book, and by their own admission, not as filled with the accuracies that some Christians would have us believe. The New Testament, the alleged biographical story of the teacher Yesua. Some Christians have simplified their lives by choosing one over the other, and in most cases, the new Testament won out as it is more or less filled with a more loving solution to their path.

ME: Yes but what does it say about the perception of the same God, a God that is never changing. If he moves you move. It’s not about chasing a moving target as much as it is getting better knowledge of what it is you have actually placed your faith in. Wouldn’t a changed perception, deeper or shallower, of something make it appear differently to you?

FRIEND 1: You see, that’s where I would disagree. It’s all one text. I have actually been on a quest to read the whole Bible start to finish. I started with the New Testament and finished it in December. Started Old Testament in January but I fell off the wagon until picking it back up in June. Since then, I’ve been reading 5 chapters every night and I’m all the way through Esther, starting in Job tonight. The OT continually talks about a Saviour coming. Every prophecy about the Messiah was fulfilled in Christ. Every prophecy written in every book, written hundreds of years before He was born, he fulfilled. The New Testament was the story of Jesus, and the new covenant man had with God through His son’s sacrifice.

Stay tuned for Part II – Next week, or maybe earlier. Please leave your comments below.