Okay, so apparently when a spirit shows up and wants to cross, but not sure how, they give you, well let’s just call it a pungent aroma, oh who am I kidding? It’s a rancid, god awful, disgusting odor, to get your attention. And man! It definitely gets your attention! It’s happened to Martin quite a lot through the years. Well now I know what the hell exactly he was talking about! 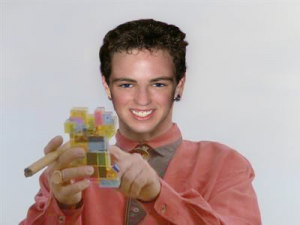 Martin comes into the living room where I am sitting minding my own business when I smell this rancid odor. I accuse Martin of it because since having 12 inches of his colon removed and having a stoma since the end of 2012, that thing can “go off” at any time and smell horrific!

Martin insists it’s not him. He even smells down his shirt, eww, and confirms it’s not him. I don’t believe him. I told him, “I only started smelling it since you walked into the room!” He replies, “Well it’s not me, I don’t smell anything, it must be a spirit.” Here’s me wha? I’m smelling a spirit and he’s not? That’s never happened before!

Well, I still don’t believe him and I decide, I’m going in! Nervously I decide to be brave in order to prove him wrong, the things we’ll do to prove our husbands wrong,  I pull his shirt out and take a much dreaded whiff. I do it, and much to my shock and surprise, Martin was right! It wasn’t him! He’s right again? That’s twice in a week! Doh! A husband is right twice in a week? Is it the beginning of the apocalypse? lol

So again, I say, “I am smelling something awful, where the hell is it coming from?!” And once again Martin says, “It’s a spirit that needs to be crossed over and your Guides want YOU to do it!” Again, here’s me wha? ME? You’ve got to be kidding me with this! That’s Martin’s thing not mine. He crossed a spirit over the other night. Martin asked me to hold the space for him while he did this. He got the spirits’s name and which flat he belonged to.

Living in a flat in a renovated old building, in a very old city where the walls surrounding the city are older than the USA, and where “The New Bridge” is dated back to 1750’s, I guess I better expect this more often. But me? Like I never experience this kind of stuff really, Martin is the go to person for spirits. They’re like a moth to a flame with Martin. Now Martin did warn me that my Guides were going to be working on me and with me to get me up to speed since now that I have the time and the stress level is dialed way the hell down. It would appear he wasn’t kidding! Between the sudden onset of vertigo the other week that scared the shit outta me, to this smelly ass spirit showing up, I am on the fast track to getting back into my metaphysical gifts again. I have definitely been in “Muggle” world way too long!

Now mind you I never saw or heard this spirit, but I sure as hell smelled it. How Martin couldn’t smell it was beyond me. Now I know how he felt when he would ask me, do you smell that? And I of course would say no. But there was no denying this stench for me.

So after a moment of panic of what I had to do, I take a deep breath and decide how I’m going to cross over this smelly ass booger, because I wanted to breathe fresh air again! I call on my “go to” Guide, PureHeart (aka Andrew’s Higher Consciousness for anyone new here). I was going to ask Andrew, but I have already heard how Andrew responds to Martin with readings when Martin called on him, so I decide to ask PureHeart from the start. Not only do I call on PureHeart, I ask him to give me a visual of how this event is going to go down. That’s where the humor came in.

I see PureHeart standing there in his Avatar (ie Master Teacher, not the blue creature from Pandora) regalia, BUT he is holding the gadget Al would use in Quantum Leap to contact Ziggy. He’s standing there hitting the buttons on the  gadget, a white energy column  appears, the spirit bolts into it so quick and the column closes. I started laughing at the visual telling PureHeart, “great visual!” I then notice PureHeart was standing there with that big ole smile of his and him saying to me, “Great job PrettyMama!” All of this happened in a matter of seconds mind you, and as soon as it happened, that awful pungent odor was gone! Thank goodness that aroma left as quickly as the spirit did.

So I guess I better be prepared for more of this kind of thing as I get “leveled up” by my Guides. I no longer have the excuse of working too much, too tired and too stressed just trying to keep my head above water. All the excuses were taken from me with this big move I made. It’s time to focus on me for a change and getting into my own gifts now. It’s long over due.

I have a feeling I am on the Mr Myiagi track for my gifts now. Wax on, wax off! Smell on, smell gone! Spirit here, *poof* spirit there!

I look forward to working with my son and husband doing this work fulltime, because I know no matter what happens…

2 Responses to Smell Ya Later!