Suicide And The Other Side: A Vested Interest

So many people have misconceptions about what happens to the person who commits suicide. Many religions teach that these people go straight to hell, umm WRONG! Hard to go to a place that doesn’t exist. Psychic/medium, HayHouse author, and Montel Williams’ fav psychic, Sylvia Brown said that these souls have to come right back to Earth, do not pass go. Ummmm WRONG again! Sorry Sylvia, but you were wrong on that one too. 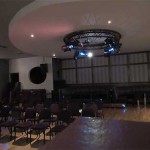 When Martin and I have done our mediumship events, we have had a good number of suicides come through, which would be hard to do if they were burning in hell. I’m guessing they’d have other things on their mind, you  know, like how to put those damn flames out around them being one. (Seriously! Who believes that nonsense anymore?) It would also be hard to come through if they were back on Earth again. These suicides have come through loud and clear even when they committed suicide the day before.

The reason I am writing this blog is that Martin recently had something very interesting happen with a suicide of a friend  of someone close to us. I mean even interesting for us! This is the first time Martin has had a lot of time to talk to the Spirit who committed suicide. It’s been a year and a half since this person crossed. 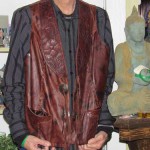 Martin was drawn to the leather vest of this person who passed not knowing who it belonged to. And since the friend who had it, couldn’t sell it, they gave it to Martin, knowing he should have it. Their friend on the other side obviously wanted him to have it. AND surprisingly enough, it looks great on Martin, even though it looked too big for him. It seemed to shrink as they brought it down and he tried it on.

Well, since Martin has had this beautiful leather vest, the person that committed suicide has been a Chatty Cathy to Martin. He has really enjoyed his conversations with her too. Now, they never met while she was here, but that doesn’t matter when you cross. When a Spirit finds someone who can hear them, you become their BFF.

She has validated things we already knew about what it’s like to cross, but she also had info that was uniquely her own experience. For instance she did mention seeing the bridge. I blogged about that years ago when another Spirit, Margaret, who came to Martin to tell him how Andrew helped her crossover. She came to Martin to let him know what amazing work Andrew is doing since he left here, and how much she loves and appreciates him for  all of his help in her crossing the bridge. The full story can be reached by clicking each of the links below. 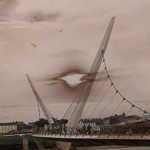 The bridge of transition 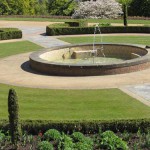 What I found  interesting in the recent interactions, “sessions” if you will,  is that Martin is part of her process of moving forward. Part of her learning and growing since she crossed herself over. Martin said it’s like she has a form to fill out that she had a session with him, he is kinda like her therapist. I found that quite interesting. Well, if people here aren’t going to take advantage of Martin’s gifts, at least Spirits are! The pay sucks but the information is amazing!

I am not going into a lot of detail here because Martin has been writing about his sessions with this Spirit that will be going into a book. But I thought I would give the highlights here first because I found it quite interesting.

I also wanted to write this for those that may have had loved ones who committed suicide and believe they might be burning in hell or lost. It has been our experience every single time that they are happy, and are still growing and learning and still loving you!

Yeah, I know that this may sound weird to some, but we don’t question the info Spirit gives us. We are open to the process and however it needs to unfold. That’s what makes us so good at what we do. And that’s why….

2 Responses to Suicide And The Other Side: A Vested Interest