My Life With A Medium 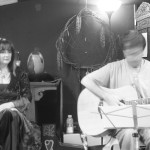 ould think that my husband being a singer/songwriter was enough for me to deal with as far as being a chick magnet, but NOPE! Apparently that wasn’t enough. Lucky me huh? UGH! He is also a medium, an intuitive life coach a hypnotherapist, and not hard on the eyes, so that makes him the tri-fecta, wait, no, or is it the quinfecta of chick magnets? BTW I was shocked that quinfecta didn’t even come up as misspelled, so it’s actually a word! Who knew? Not me.

SO, that makes him the quinfecta of chick magnets, a quintuple threat if you will, when it comes to the ladies, even on the other side! Take that Vin Diesel, Brad Pitt, Tom Cruise, Johnny Depp…wait, I went too far with Johnny Depp! Even Martin would agree since Johnny is our ONE. You know what I’m talking about.

Anyway, when you are married to someone who not only is a singer/songwriter, but also coaches people along their path, connects them with loved ones on the other side, you have a whole other level of “fans” let’s say, to deal with. 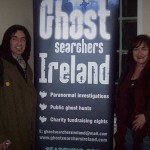 Martin has been going on ghost hunts in Northern Ireland since we had to be there in 2013 for an unintended, extended length of time. He was researching places for a paranormal tv show he was  apart of. And as most shows go, it went to the wayside, for now. BUT, while on a public ghost hunt we went to in Belfast back then, I chatted with the team about what we do, and they were interested in having Martin join them on a future ghost hunt.

So before we headed back to the States in 2013 Martin went on a “lock down” ghost hunt with Ghost Searchers Ireland (GSI), which means they lock the doors for the night and they can’t get out. But they do have a “safe word.” Those that laugh at that one, busted! Just sayin.

Martin went on a ghost hunt at the Crumlin Road Gaol (Gaelic for jail)  in Belfast, where our brother in law actually did some time as a rioter there in his late teens we recently found out. Who knew this fun loving guy was such a badass! Apparently back in the day during the “troubles” in N Ireland, it was an actual job being a rioter if you were a good Catholic. You actually had shifts to terrorize the British soldiers. Who knew? The pay sucked, but you were there for “the cause.” 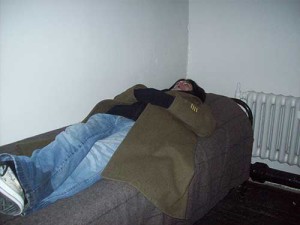 Anyway, while at the gaol Martin picked up on an American spirit Elizabeth, who was a Suffragette. Because Martin picked up on her energy, the GSI team started asking her questions. She actually came through the voice box they were using. So they asked her if she liked him. Her reply? “He’s hot!” Seriously? That was her reply? So an American Suffragette in spirit at the Belfast gaol was hittin on my husband? REALLY?  But it doesn’t end there, oh no!

Fast forward to 2015 where I’m visiting Martin after 9 months apart due to cancer treatment he was undergoing in N Ireland. On Andrew’s 8th “Angelversary” aka International It’s All Good Day, we were premiering our GOOD GRIEF! Comediumship Show at Becketts, a restaurant pub in Belfast. We always like to do an event on that day to celebrate our son. I didn’t know Becketts was haunted, but then again, try and find a place  that isn’t haunted in N Ireland. 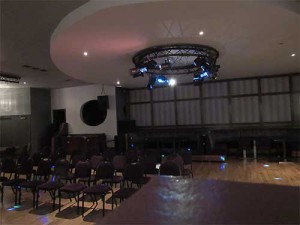 So we arrive, see the amazing room we are to perform in, and immediately Martin starts picking up the energy there. He realizes it’s haunted. Like really haunted. But what cinched it for him? When the female spirit there kissed him on the cheek! “Oh no she didn’t!” I hear you say? Oh yes she did! So not only do I have to deal with the stalkers and clingons on this dimension, but now I have to figure out how to kick some spirit ass too? C’mon!

How do I do that? Dust off my spell book? Send out my flying monkeys? Seriously study OBE (out of body experience) and kick their ass on another plane? What? What do I do?

Oy Vey! Not only do I have to deal with the “fans” aka stalkers/clingons on this vibration, but on the other vibrations too? Well, I guess that’s the price I have to pay  being married to the quintuple threat of awesomeness. And I have to say, totally WORTH IT!

2 Responses to My Life With A Medium