Seven years ago, I can NOT believe it was 7 years ago tonight I had to say goodbye to my teacher, my hero, my best friend, my son. We stood there in shock as we watched the medical team feverishly work on our boy to save his life.It was very unexpected because he had beat worst odds before. His stem cell transplant was set for Nov 16th.

We also watched as the line on the monitor went flat when we had to make the call, and tell the Dr’s to stop working on him. A call I did NOT want to make! A moment in time I will never forget! But yet there is something so very intimate and sacred being part of a soul’s journey here and when they have to leave.

While one relationship/journey was ending with our beautiful, amazing Avatar son, a new one was beginning. And that journey was beginning that night as Martin and I were alone with Andrew after he crossed. I bathed Andrew as Martin told me what Andrew was saying.

Then Andrew told Martin to find a song on his phone, an Enya song. He told Martin he wanted us to dance, that he had never seen us dance before. So beside our son’s body, Martin and I danced.

While I did see Andrew’s body lying on the bed, as the tears quietly and gently rolled down my cheeks, I could feel my son’s loving  arms around Martin and I as he danced with us! We were suspended in time having this very intimate moment with our son. I will never forget that either!

Today we honor him, his life, his incredible attitude of IT’S ALL GOOD! AND his journey Home.

We love and miss your physical being Muck and now honor you, PureHeart! Thank you for the honor and privilege of being your mother this life time!

Now, for the annual posting of this Avatar’s Journey Home….

This is Andrew’s story of his journey Home on Oct 22,2007 at All Children’s Hospital, as told by Andrew through Martin in Feb ’08. For all those who are Andrew’s friends and love him, I hope this brings you some peace. For those that have lost a child, I hope this brings you peace as well. I know you miss him, but he is still here with you. He is only a thought away! IT’S ALL GOOD!

I was met by a beautiful energy in the shape of a white stag. He whispered my name, Glan Croi, many times. Many times until my energy resounded with it. It became me, as I became the name.

“PureHeart.” I whispered in return. It felt right and it felt purposeful.

I waited. I felt so very clear and very beautiful. Then I remembered my mom and dad, and my sister. I became sad for a split second, and this stag enveloped me. I felt safe. It felt like Home to me.

I then saw my dad, lost in a moment, but I knew he could see me. So I smiled and waved at him I remember thinking, if he only knew what awaits, he would not be so sad. I also saw my mom. I admire her strength so very much. I’m able to do what I need to do because of them. I have peace, and I will share with them until we reunite.

I was able to communicate with their higher selves when I ascended. Through their teaching I was never lost. It helped me understand where I was, when so many people don’t. You need to know who and where you are before you cross, else you get lost here.

I still travel with my parents my sister, and their higher consciousness. We are working and loving together. It is my wish that their human cells know and accept this, even the times they cannot feel it. It is so.

I spoke to my dad, and he heard me. I asked him to tell the healers to stop. It was time for me to leave, and get things ready. I am happy. He did not listen to me at first, so I taught him like he taught me. He took his own advice though, and helped me make sense of it. Now he has to help Mommy, and Elatia, but he hears me, so that won’t be a problem.

“Are you ready?” the stag said.

“Ready? What for?” I questioned.

“They want to celebrate your coming Home.”

We left the room, and I found myself at the edge of a beautiful forest. It felt more like Home than anything I had ever experienced before. I couldn’t take it all in at first. Images were flashing very quickly. It seems we were moving very quickly, but naturally, at the same time. It just felt right to me.

We came to what I remembered to be a large castle, with a drawbridge. Above me was an archway of trees leading into a courtyard containing a fountain, with a large lion statue in the middle of it. There was water coming from the lion’s mouth into the base of the fountain. It’s sparkled and glowed. I drank from the fountain and remembered who I am. It was wonderful and beautifully overwhelming.

The stag was no longer with me, and as I looked back I saw it’s energy disappearing into the trees. “Welcome Home,: Glan Croi.” I heard him whisper as he became one with the trees. It did not matter that he was gone, because I knew where to go from here. Straight ahead, and through the double wooden doors that were in front of me.

As I pushed them open and walked forward, I was transported into a great arena. I realized at this point, that I had not been wearing any clothes. I was naked, but I noticed that I didn’t have any of the needle marks, and other marks that my body on Earth had accumulated during my stay in hospital. All of these realizations happened in a split second.

I heard cheering and whistling, and I also heard a loud thundering. I came to awareness and I see what looks like thousands of people sitting around the arena, and standing around the arena, cheering and clapping. I know who I am. I have always known who I am. I remember thinking that this was cool. The initial fear that I had when I crossed was long gone, and in its place was a feeling of “yeah, now that’s what I’m talking about!”

I was met by my mom, dad, and Elatia, and they took me together with Michael, the Angel, to the center of the arena where there was a large throne-like chair. A lady wearing a green robe came up behind me, and put upon me a beautiful forest green robe. I put my arms through and it felt like I had worn this before. She tied the robe with a thick golden rope which fell to my sides very comfortably.

As I looked around the arena at the thousands of happy faces, I noticed that they were all wearing robes of various colors. They were sectioned according to their colors around the arena. Facing the throne I saw all the people wearing a similar robe to me. They were standing and cheering. My mom and my dad and my sister were seated there.

A tall man came over to me and placed a headpiece on my head. It was silver with an Emerald heart right in the center. “We welcome you Home,: Glan Croi.” I sat on the chair for a little while, then went to greet everyone that I knew. I had traveled many places with all of these people many, many times. I have no regrets, and will always strive to communicate with my parents and my sister, because I realized as soon as I crossed that our work has just begun.

I will see you all very soon and you will remember. We are destined to travel for we are an unstoppable and connected team. Much love and blessings to you. Let’s go, you know you want to. 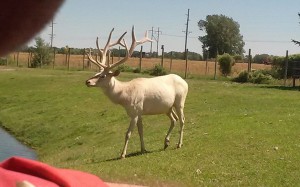 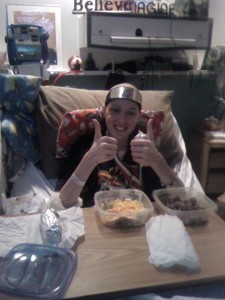 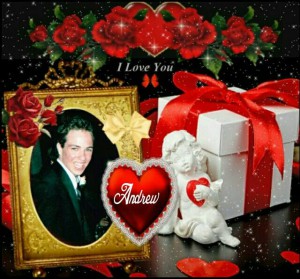 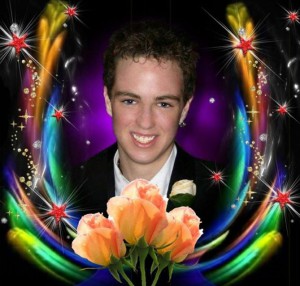