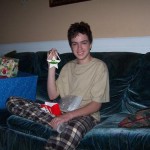 Martin and Andrew were always known as 2 peas in a pod. Andrew loved dressing like Martin when he was little, not to mention he is the spit of Martin to boot. It’s like I had nothing to do with it at all dammit! WTH?

Now that Kaliana is here, her and Daba are known as 2 peas in a pod, but apparently I stand corrected!

We went to Orlando Jan 4th because Kali’s dad, J.R. had a food conference he attended last year and was going this year in Orlando again, so it was an opportunity for Kaliana to have her princess make over at the Bibbity Bobbity Boo Boutique in the Magic Kingdom castle. Last year they went to Animal Kingdom.

Kali’s great aunt, Sheila, works at the Bibbity Bobbity Boo Boutique as a Fairy Godmother In Training, and she was going to have to work her magic to see if they could grant a wish, since we didn’t have an appointment. Who knew the boutique is booked 6 months in advanced! Not us! Well, thankfully everyone loves Sheila and they said, “Anything for you Sheila!” And we got our wee woman in!

Well, with Aunt Sheila working her magic, Kaliana got to have her princess experience, and her other grandfather, Papa, paid for the full package. She chose Snow White. She looked so beautiful, what a magickal experience it was for all of us! Kaliana was so excited that she got to pick whatever princess gown she wanted. She also got to pick what hair style she wanted too. It was all her choice. AND I was also called the Grand Queen for being the grandmother. You know that made my day finally being recognized for the Queen that I am, and a grand one to boot! =D

We spent the day in the Magic Kingdom with our Snow White Princess, but it was so packed, there was no wait for any ride under 80 mins! Some were even more! It’s been decades since I’ve seen Disney that busy, or maybe it’s just that we tend to go on the off times. It was hard to even walk around it was so busy. None of us thought it would be that busy since school is back in and the holidays are over, but we were beyond wrong. It looked like the entire world was there!

Martin, Kali and I went up Sunday, the day before, and got a hotel room. So it was slumber party time for Kaliana, Maymee and Daba! Kali was so excited about the room, she said, “Someone needs to buy this room! I love it!” Well, her and Daba hit the bed for a nap as soon as we get there, I do the driving and they do the resting! WTH? lol I took a picture of them and called it “2 peas in a pod.”

While at Disney, contemplating what our next move was going to be through the huge mob of people, I notice Kali playing with a plush toy at a stand outside of Buzz Light Years that caught my attention. Once I saw what it was, I could feel Andrew’s energy and I knew he wanted me to buy it for Martin from him and Kali. Martin couldn’t make it to Disney with us because he wasn’t feeling up for it, and considering how busy it was, he was definitely better off at the hotel chillin. Take the cancer out of the picture and those crowds still woulda been too much for Martin. 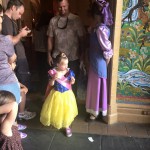 Kali was playing with a plush pea pod with 3 peas in it. When I saw that, I “heard” Andrew correcting me for my earlier transgression in the hotel by saying, “It’s 3 peas in a pod now Mommy! NOT 2!” I felt Andrew’s energy surround me and I laughed because he was correcting me and I LOVED it! Andrew was NOT giving up his pea status! Not for any one! But he doesn’t mind adding a new pea to the pod.

He’s a good son AND uncle!

2 Responses to 3 Peas In A Pod